Patient Stories: Emgality is a Game-Changer for Tom Cowgill

By: Gillean Dean
In: Patient Stories
With: 0 Comments 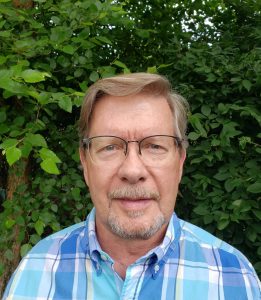 Tom Cowgill is a robust 64-year-old psychologist, very active outdoors with surfing, fishing, camping and hiking. He is no stranger to pain, having recovered from several severe sports injuries and surgeries along the way. However, one night in December 2009, he awoke suddenly and flew out of bed thinking he had been attacked. The excruciating pain on the left side of his head and in his left eye left him dazed and confused, wondering what had hit him – a bat? A board? A brick?! He had no idea what was going on.

That night began the episodic phase of his undiagnosed cluster headaches. These attacks would occur every day or every couple of days, sometimes multiple times per day. They would morph into a migraine that would last two to four days, with vomiting, visual disturbance, light sensitivity, and sound sensitivity. These attacks would go on for six to eight weeks, and then the attacks would stop. He would experience these cycles during late winter/early spring, then during summer/early fall.

Tom went three years without the correct diagnosis. His doctor wasn’t sure what had happened and quickly referred him to a neurologist who eventually diagnosed him with “severe left temporal migraine,” which, he came to find out, there was no such thing. He experienced constant residual headaches – he now knows to be “shadow pain.” He went to the Headache Center at Thomas Jefferson University Hospital in Philadelphia for several failed treatments.

One day Tom was able to see a doctor in the middle of an attack; his left eye drooping and red, his face red and inflamed, very obviously obliterated from the pain. The doctor took one look at him and exclaimed, “That’s cluster [headache]!” Tom didn’t know to describe these symptoms, but once the doctor saw the physical manifestation of the headache, he diagnosed Tom with “episodic cluster headaches.”

After five years of episodic cluster headaches, he morphed into chronic. He doesn’t know what “tripped the trigger,” but it got worse and worse and worse. Throughout the last two years of this phase, he would have as many as five to six attacks per day. During this time, he drove or took the train to the Jefferson Headache Clinic every two to three months, carrying his oxygen with him. He might have an attack on the way there, in the waiting room and/or on the way home. The doctors wanted to hospitalize him for five days, but couldn’t get insurance authorization, so he did a three-day outpatient with iv infusion treatments. They didn’t do anything for him.

Is This My Future?

There were many times when Tom felt like he was “on the ropes,” not knowing if he could make it. He had used up his personal and spiritual resources, wondering where God was in all of it. His faith hung by a thread. In the throes of the worst attacks, he would wish for death. He wasn’t suicidal. He didn’t want to kill himself and never planned to kill himself. However, he worried about whether or not he would be able to sustain his will to live. There were times when it felt hopeless, futile and pointless. If this was how life would be for the next twenty years, he didn’t want to do it.

Emgality to the Rescue

In 2018, CGRP-inhibiting monoclonal antibodies were FDA-approved to treat migraine. One such medication, EmgalityTM (galcaenzumab) was also approved for cluster headaches. Tom’s doctors immediately prescribed it for him, but it was so new, they didn’t yet have the dosing mechanism for the 300 mg cluster dose. He had to give himself two migraine-loading injections of 100 mg for two months until they came out with the 300 mg dose in an injector.

The first two months of the 200 mg lessened the severity of his attacks, and they began to decrease in frequency from six per day to four. He could feel something different in his body from the first injection. He was excited that the medicine felt like it was inside doing something. After the third month, when he finally received his 300 mg dose of Emgality, the cluster attacks were gone.

Emgality has been a game-changer for Tom. In the last twenty months, he has only had two cluster attacks. Every day he has constant shadow pain on the left side of his head, around his left eye, on the back of the head, and down into his neck. Because he is never without head pain, the doctors call this chronic migraine. If it gets bad, he takes half a dose of a triptan, inhales some oxygen, or gets a little extra caffeine.

Tom still experiences anxiety all the time. To this day, he doesn’t go anywhere without injectable and tablet triptans, oxygen, Butalbital, and Fioricet. They don’t do much, but they can buy him some time, dialing down the acuteness of an attack a little bit, giving him a little wiggle room to be able to get home.

He finds himself wondering if a shadow will stay a shadow or develop into a full attack. If the medication is going to stop working like all other medications did. He spent so long living in hell and trying to function. Would he descend into that hell again?!

During these times, the Cluster Headache Support Group (CHSG) has been a lifesaver for Tom. Just having people there at the touch of a fingertip on Facebook was such a comfort, and because it is international, there is always someone awake. The group helped decrease his sense of isolation, the feeling of being alone, being the only one experiencing his condition.

He is grateful for the support he gets and the support he can give. Members talk about what works and what doesn’t, describe their experiences, and joke with each other to lighten the mood. Regardless of different walks of life, just being brothers and sisters and warriors together feels good. When Tom is suffering, he is in the group all the time, both getting and giving support. He can shoot out a message at three in the morning and someone is there and listening in dark times.