Background: Cluster headache is a rare form of primary headache characterised by intense unilateral pain and autonomous nerve symptoms. Pharmacological treatments are sometimes insufficient, which calls for surgical alternatives in treatment refractory cases. Stimulation of the sphenopalatine ganglion (SPG) is a new method shown to be effective for preventing and treating attacks.

Objectives: Evaluate the outcome of a new method to treat Cluster headache.

Methods: A new method where the SPG neurostimulator was inserted through an intraoral approach under GA guided by fluoroscopy. Four weeks after the operation the patient started the stimulation of the SPG. We conducted an observational study on the first 16 patients that received a SPG neurostimulator at Uppsala University Hospital. Patients were interviewed and received instructions, new stimulator settings as well as advice. This was followed by a one-month registration period after which a second interview was held. Evaluated parameters included patient global impression of change (PGIC), as well as changes to headache characteristics and required medication.

Results: Using PGIC as primary endpoint, 56% and 69% of the patients qualified as treatment responders in the first and second interviews, respectively. Significant improvements were observed for headache intensity (P = 0.007), frequency of attacks (P = 0.041) and pain interference to daily functions (P = 0.047). 56% of the patients also reported a decreased intake of medication.

Conclusion: SPG-stimulation (SPGS) resulted in significant improvement for the majority of the studied patients with cluster headache. Other findings, such as a decrease in medication, less frequent attacks and less intense attacks, further support the efficacy of SPGS. 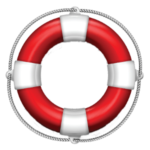